As soon as a post goes up, it’s natural to obsessively monitor likes, comments, and reposts. There’s rising awareness of the interplay between these different sorts of reactions.

“The ratio” is how many comments a post gets compared to likes and reposts — the mathematical formula is commenting/ (reposts + likes). It’s especially associated with Twitter since those numbers are conveniently lined up right under tweets.

If comments exceed retweets plus likes, that’s a bad sign of getting a negative reaction. More than double indicates a failed tweet unless trolling (or maybe spurring conversation) was the intention. When the ratio gets beyond 10, that’s the territory of the Hindenburg, the Fyre Festival and The Emoji Movie.

Why is it bad to have more comments than retweets and likes?

By definition, likes indicate that other people view you in a good light. And retweets are generally endorsement too unless you write them sarcastically to present something that’s obviously a weak take. While comments might support a tweet, they also often debate, criticize, upbraid, lampoon, castigate, etc.

A ratio of 0.5 means there’s a balance among comments, likes, and retweets, indicating a tweet that’s pretty solid. In that scenario, most of the comments tend to be favorable, or at least neutral.

The number of comments exceeding retweets and likes indicates that not many people who saw it wanted to endorse or share it with their followers, but people did have something to say about it. People view this in a negative light, more than the comments on a sub-1 ratio tweet.

Here’s one that riled people up:

6,000 comments / (186 retweets + 503 likes) = 8.7, quite a bit more than one. So, do the comments skew negatively? It’s practically impossible to find one endorsing Marie Claire’s take. Swifties don’t like people criticizing Tay Tay about sticking to music without mixing in politics. The comments said things like, “No Marie, we are not, just hoping you get a life”, “Maybe because she realized fans don’t want to be preached to by entertainers” and of course “Leave Taylor alone”.

Here’s another with numbers even more out of whack:

1,800 / (14 + 75) = 20.2. That’s more than double the ratio size associated with disaster! But who would have a problem with a tweet celebrating charitable employees? The issue is this was tweeted on the same day that United Airlines was in the news for a dog dying on a flight after its owner was instructed to store the pet in the plane’s overhead compartment. There were no tweets that day by United about the incident, so people chose this tweet for venting reactions like “What’s your public statement? There are many of us waiting to hear it. #united #dog”.

Unfortunately, there is no “dislike” button on Twitter. Maybe Elon will add it in the near future, but for now trying to ratio someone is the best way to show your disdain!

What does ratio mean on TikTok?

When you see a “ratio” on TikTok, it means that your comment has more replies to it than likes. This is used as a way to gauge how much people are enjoying or engaging with your content. In most cases, if you have more comments than likes it means people are NOT happy with your post!

Is ratio an insult?

Yes, a ratio is usually used in a mocking way on Twitter and other social media. For example, someone might reply to a tweet with “nice ratio” if the person only had a few likes or retweets compared to the number of replies to the tweet. So if someone says “nice ratio”, just know they are poking fun at you!

What does ratio mean Gen Z?

The terms that the Gen Z generation of kids come up with can often be outright confusing. The term ratio, means that a tweet or Tik Tok has more comments on it than it does likes. This is usually a sign that people are not happy with the content.

What does ratio L and W mean on TikTok?

A good Twitter following ratio is anything close to 1:1. This means for every 1 person you follow, there is 1 person that follows you, hence the 1:1 ratio. Anything in the range of this 1:1 ratio is great!

What to do next?

Perhaps you’re intentionally trolling. That’s generally not an objective of eClincher customers, but if it’s yours, congratulations, and you should relish the accomplishment. Maybe you can match the achievement of a ratio above 20. eClincher is one of the best social media management tools…but it can’t save you from getting ratioed!

If you’re unhappy with a high ratio, you can provide your own comments defending your position. This may further inflate the ratio, but at least the comment thread will better present what you have to say and interleave the criticisms. Maybe you’ll even prompt some likes and retweets and get the ratio going in the opposite direction.

Generally, the best practice when experiencing a high ratio is to own up to the controversy. If a mistake was made, or the comments are persuasive, an apology may be appropriate. Some self-deprecation can alleviate tension. And to really persuade followers, including the commenters, that you’ve reformed, you could offer penance like a relevant charitable donation.

The remaining consideration is whether or not to delete the tweet. Just bear in mind that if the critics who commented are already sufficiently outraged, this action might just be pouring gas on the controversial fire.

If you have been ratioed, ultimately, the best overall course forward is to become a little wiser and get back to posting soon, with greater consideration of how things get received and what to post or tweet accordingly. How to Create a Snapchat Ad Campaign 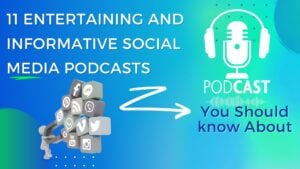 11 Entertaining and Informative Social Media Podcasts You Should Know About 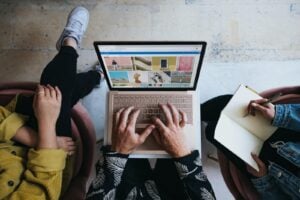 9 Online Tools to Build and Grow Your Marketing Agency 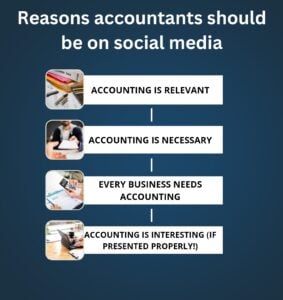 Social Media in Accounting: How to Dominate And Gain Visibility For Your Firm