Social Media Analytics: 7 Things You Should Measure (and Why)

“Why didn’t that photo get more likes?” say social media managers and business owners everywhere. Yes, it’s fun to be popular online, but this is just one of many things to consider when it comes to the performance of your page. Furthermore, it might be the least important thing to consider, under many circumstances. So, which social media analytics should you be tracking and measuring? Why? What do they mean?

A Word of Caution

First, we need to get something off our chest. Likes and followers? They’re great. But 99% of the time, at the end of the day, they don’t mean anything.

We all want to be Insta-famous and Facebook-famous, but you can have a million followers and still go out of business because you aren’t making any money. Write this down: The number of likes and followers you have (or anyone else has) says nothing about the success of your business.

Bear in mind, too, that many people are still making the not-so-bright choice of purchasing likes and followers or otherwise acquiring them through black hat tactics. This will backfire!

Social media platforms are getting increasingly savvy when it comes to weeding out profiles that are growing in a way that’s less than honest. There are two legitimate ways to get followers and likes:

Anything aside from these two options is probably not legitimate.

Facebook and Instagram (and probably all the others) are cracking down more and more on people trying to do shady things. For example, Instagram will suppress your page for spammy and dishonest practices like following and unfollowing excessively, littering other pages’ comments section with low-quality comments, and using third-party apps to get post likes. 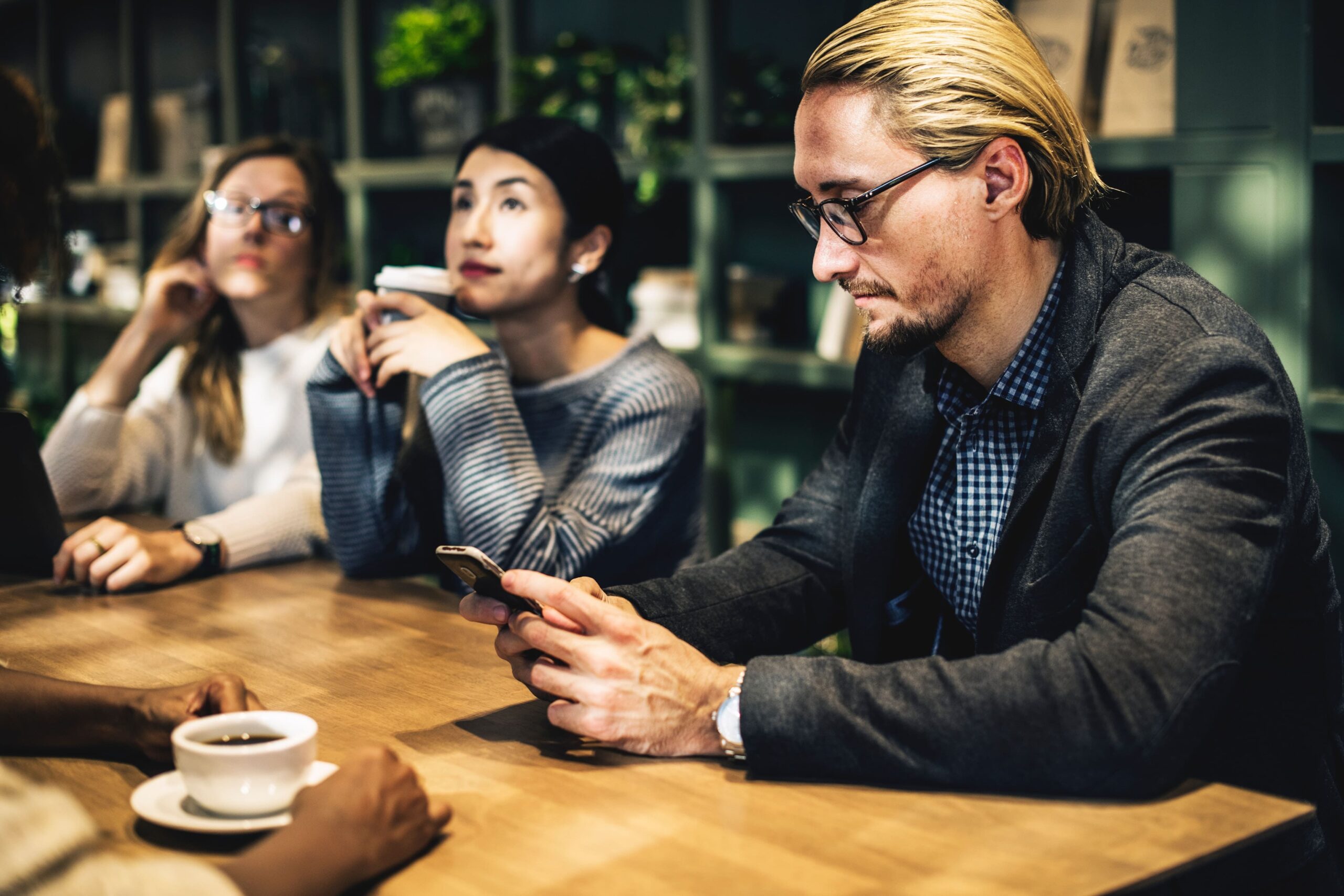 Just don’t do it.

Don’t be alarmed by growth that seems steady but super slow. This is normal. In fact, in the case of social media, slow and steady often wins the race.

There are far more important analytics to be looking at anyway, and on that note…

Whew! Okay. Now that we’ve gotten that out of the way, let’s get into the good stuff.

If you want to succeed with your digital marketing strategy, here are seven analytics you need to be tracking and measuring.

You should be in love with comments. Comments are you best friend and soulmate.

Platforms care about comments! On Facebook, they’re currently the most powerful social signal. It used to be shares, but Facebook must’ve gotten bored with that or something. Now, if you want success with your Facebook posts, you should be optimizing them to get more comments.

Comments are so powerful because they prove to the platforms that not only do people like you but they want to engage with you. Engagement is where it’s at. It’s harder to get than a simple like, but when you do, the platforms take notice.

One final note about comments: The more you can get within the first hour of posting, the more powerful they are. This isn’t to say they don’t mean anything if you get them later on. But how well content performs right after you post it is a big deal. And! Be sure to respond to every comment. Yes, every single comment. Yes, even the one-word comments and emoji-only comments. Even a simple, “Hey! Thank you for leaving a comment,” will suffice.

But you need to respond. Instagram is always watching.

Commenting is one way people can engage with you. Sharing your content is another. While shares might not be as powerful as they used to be, they’re still a positive. Create share-worthy content that people will want to show their friends, and your social media pages will very likely see a nice boost in performance.

Clicks are like the holy grail of social media analytics. You should always be asking yourself, “How can we get more clicks?” Again, likes are nice and all. But when someone clicks on your Facebook post because they actually want to read your blog? Wow. Just, wow.

This is a good time to say, once again, that vanity is nothing. It doesn’t matter if your post gets 500 likes if nobody is taking any kind of action on it. Your social media posts should be serving a specific purpose. If they don’t fulfill that, they’re not working.

This one’s a little tricky, but it’s definitely worth mentioning.

A local mom and pop shop is going to have a much smaller audience than an international clothing brand, and there’s absolutely nothing wrong with that.

It’s not about the number in and of itself.

It’s about your number and whether or not you’re hitting it.

In order to accurately measure these social media analytics, you first need a rough estimate of your audience. Otherwise, you have nothing to compare your insights against. One nifty way of doing this is in Facebook’s Ads Manager. You can draft up an ad (even if you’re not planning to use it at the moment), and when you start playing with the targeting, it’ll tell you the estimated reach.

Keep in mind that this is the total reach. So, if it says your estimated audience is one million people, you shouldn’t jump to the conclusion that this is how many people you should be reaching with each post.

However, if your post is only reaching, say, 10 people, you might want to go back to the drawing board and make adjustments to your social media strategy.

Yes! The social media analytics you’re measuring should absolutely include how your hashtags are performing.

Hashtags are a total game-changer, especially on Instagram. Facebook? Not as much. In fact, some research has suggested that Facebook posts without hashtags perform better than those that use them.

Instagram is another story entirely. If you’re not using hashtags on this platform, you’re shooting yourself in the foot. Time and time again, research has found that hashtags significantly improve Instagram performance.

The jury is out on exactly how many hashtags you should use, and honestly? It’s probably not possible to pinpoint one number that will work for everyone. You need to test it out for your own businesses.

But we can say one thing with certainty: You should undoubtedly be using a tool like eClincher to gauge how well your hashtags are performing and find more than might work better. eClincher will tell you the engagement your hashtags are receiving, so you can determine whether or not you’re using the right ones. Bingo! Yes, many times, the best time of day to post is when your audience is online and active.

However, did you know that this can also be the worst time to post, because that’s when most businesses are posting, making it far more competitive?

So, how the heck do you know when it’s best to post? Why, you track and measure it along with your other social media analytics, of course! eClincher makes this easy by clearly showing you which posts are performing best at what times of day.

Also remember that this information is so important because that time might change from day to day, especially from weekdays to weekends. Although posts on Tuesdays perform best at 9:00 a.m., that may very well change to 1:30 p.m. on Saturdays. Track and measure, always.

6. Your Biggest Sources of Traffic

How can you know where to concentrate you time, money, energy, and resources if you don’t know where you can score the biggest wins?

To be very clear, we’re not telling you to make any assumptions about which platforms will work for you and which won’t. Once again, test, track, and measure it. And once you do, once you zero in on the best platforms for you, focus on those and consider putting the others on the back burner, at least for the time being.

On a similar note, a lot of business owners and social media managers mistakenly think they need to have a profile on every single platform. The truth is, though, that some platforms simply won’t work for you — and that’s okay! It’s far better to focus on a small handful that really deliver, instead of spreading yourself thin just for the sake of having an account with every platform. This one is a biggie. Like, a real biggie. It might take a little more work to determine, but it’s soworth it. Conversions are everything.

Let’s say you’re getting tons of clicks, sending these people back to your site. Stupendous! What are they doing when they get there? Are they staying and looking around? Engaging with your site? Signing up for your email list or opting in to receive freebies?

Or do they get to your site and bail within seconds? Ouch.

If it’s the latter of the two, pause and revise your approach, because it sounds like something’s off. Yes, you’re winning in the sense that you’re getting traffic from your social media to your website in the first place. However, if those people aren’t doing what you want them to do once they get there, you need to pay attention.

A couple of possibilities? You could be getting clicks but from the wrong people. Or it might be your website — maybe people arrive on it and are immediately turned off, so they leave. In that case, your social media approach might be fine as is.

This is why, when you’re measuring your social media analytics, you should keep track of your conversion rate.

We know a lot of people think social media is a simple as throwing up a few posts each week and that’s it. And wouldn’t that be nice?! However, there’s much more to it than that. The good news is that when you dedicate time to really analyzing how you’re performing online, you’ll figure out what you need to do to win.

When you have a tool like eClincher, keeping track of all of your social media analytics is substantially faster and easier. Not ready to dive right in quite yet? Don’t forget that you can try us for free! Sign up today. 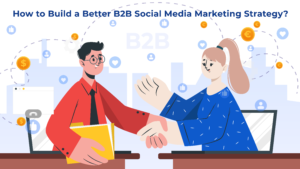 How to Build a Better B2B Social Media Marketing Strategy? 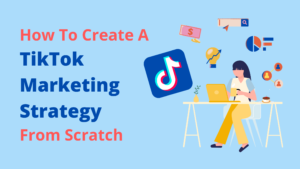 How to create a TikTok marketing strategy from scratch 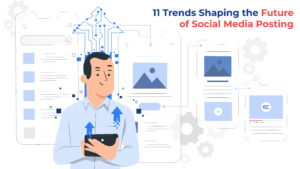 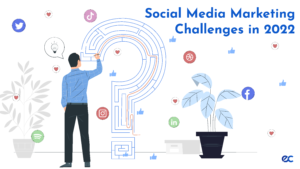 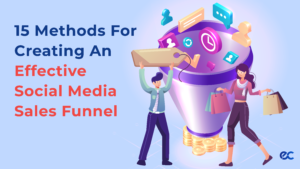