Say you have a business – not a new one, but one you’ve been tending to for a decade or so. It’s the mid-90s and you have this brilliant idea for a startup, which you cash in on. Everything is flowing like a charm in the early years, mostly because you’re a business based on a current trend. Whether it’s a fashion or technology, you’ve cornered the marketing on the current happenings in your field, and you’re raking in the cash.

This trend continues until it’s the 2016 and suddenly your product is starting to go defunct. You expected it to happen eventually, but you didn’t know it would be this soon. Not only is your product suddenly not as en vogue as it used to be, it’s also getting replaced with better, more efficient models.

What do you do?

Your first, scenario-specific task is to start getting more innovative. Once you’ve secured a plan to start getting with the times again, you’re on the right track…but now what? You’ve already lost a lot of credibility and momentum? How do you build that back up again?

This scenario might either be something you’re rolling your eyes at or you’re nodding along thoughtfully – either you can’t believe this was ever a problem (a.k.a you’re a new business owner) or you were one of the older small businesses that suddenly had to get with the times when the entire name of the game changed in recent years.

Older businesses are having to adapt to the times with social media in order to gain the same foothold that their younger, more Internet-apt competitors have. This can take some time – or you can simply use these seven super tips to give your social impact a major boost.

This might seem like a given, but we’ve all been there. You visit a business site or the Twitter page of a peer and they’re plugging a site and a book in their bio that they wrote three years ago. Maybe the goal is to keep things flowing to a deader area of business, but to the outside world? It just looks like you’re not updating like you should be.

Don’t frustrate your customers. Keep your site information as up to date as you do your Facebook feed.

This is a super rookie mistake that is common in the social media demographic of old small business money. Even though it might not seem worth it to you in the beginning, especially when your Tweets and posts are getting ignored for the most part, you still have to post every day. This doesn’t just mean Facebook or something either: you have to do this on every site.

Don’t make this into a chicken v. egg issue. “Why should I do this when no one is following me?” Because you’ll get followers the more you post. It’s as simple as that. 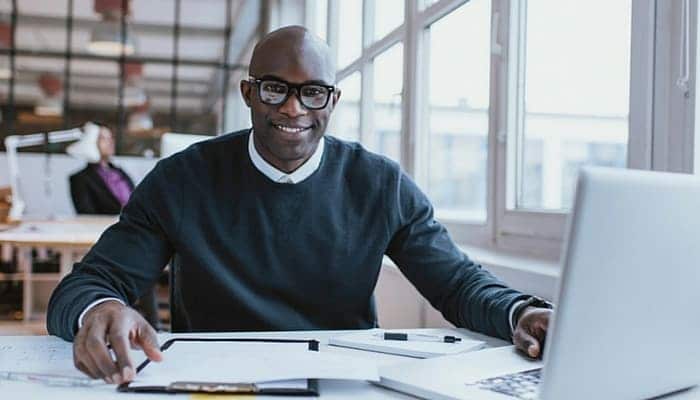 Don’t shy away from a little enemy lines spying. Your competition is on social media, just like you are, and following them won’t hurt you any or help them much. Keep tabs on the things they do and post. Are they talking about a certain topic? Why? Should you be?

Also don’t be afraid to play a little extra dirty. Go to your biggest competition’s Twitter and find five followers of theirs to try and snipe. Message or converse with them to get the ball rolling.

All’s fair in love and small business, after all.

It may seem like a hassle to engage with every single customer who tries to talk to you – and no one is really asking you to once you get into the three-digit notification territory – but that doesn’t mean it’s not a labor of love for your business that you have to get used to. Your customers will completely appreciate the fact that you’re connecting with them on social media, so answer their questions, like their Tweets, etc.

Social media is quickly becoming the number one hub for customer service. Phone not working? Facebook post the company! Is your cable out? Tweet Time Warner about it! So on and so on, etc.

This is great news for you. This gives you an even bigger chance to socially engage with your customers just as much as it gives you a way to help troubleshoot some business flaws. What do customers most ask about? How can you better reduce your question volume?

It’s definitely good to set some boundaries on social media, and that’s why you make side business accounts instead of sending every Tom, Dick and Harry to your personal Twitter when you want to work on lead generation. At the same time, it’s also good to show your face around the workplace – the workplace being social media in this scenario.

Don’t go following everyone you see, but occasionally comment using your personal account. It gives your business a face, and customers love that.

As fun as it is to use Twitter and Facebook more than other social sites, start considering adding LinkedIn to your social repertoire. This businessperson peer social site focuses on B2B connections, both as companies and the people working within them. It’s a great place for getting leads and networking, so think about signing up.